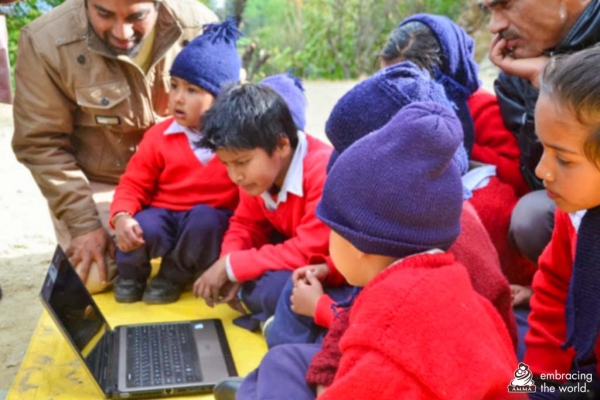 India’s National Assessment and Accreditation Council (NAAC), which ranks the country’s institutions of higher learning, has given Amrita Vishwa Vidyapeetham an A++ after Amrita scored an impressive 3.7 out of 4 score.

This is the third time in its short history of 18 years that Amrita has been rated as a Grade A institution by NAAC, with the previous A scores in 2009 and 2014. Now, the university has become the youngest institute of higher learning in India to achieve the A++ level.

The country has one of the largest and most diverse education systems in the world, with privatization, widespread expansion, increased autonomy and programs in new and emerging areas improving access to higher education.

At the same time, it has also led to widespread concern regarding the quality and relevance of various schools. To address the issue, NAAC was established in 1994 with the mandate of making quality assurance an integral part of tracking institutes of higher learning.

“It is a privilege and honor for us to have received the highest-possible A++ grading from NAAC, considering that we are still a young university founded in 2003,” said Dr P Venkat Rangan, Vice-chancellor, Amrita Vishwa Vidyapeetham.

“It is quite an achievement and a testament to the global standards of academic excellence and professionalism that we follow. The credit goes to the vision of our Chancellor Mata Amritanandamayi Devi and our world-class, 1400-plus faculty, which imparts high-quality education to more than 20,000 students across 180 academic programs.”

The NAAC Peer Review Team noted two best practices that played a decisive role in achieving this distinction—its international programs for global reach and Live-in-Labs, an experiential learning program for sustainable development. The visiting team observed that a distinct aspect of Amrita was its compassion-driven research that involves faculty and students in solving immediate societal problems.

NAAC’s accreditation process is based on a detailed assessment across seven criteria: curriculum, learning and evaluation, research and innovation, infrastructure, student support, governance and institutional values.

Universities are assigned one of eight grades: A++, A+, A, B++, B+, B, C and D. Those with A series grades are believed to impart outstanding quality standards in terms of academics and facilities. An A++ grade is achieved with a score between 3.51 and 4.00.

In 2020, Amrita was named the fourth best university in India by the government’s National Institution Ranking Framework (NIRF), while Times Higher Education (THE), an international body that ranks universities, rated Amrita as India’s highest private university.

This year, THE also rated Amrita at number 81 on a global basis for its achievements in fostering support for the United Nations’ Sustainable Development Goals. It was the only university in India to reach the top 100 in the prestigious list.

Amrita is spread across six campuses in three states—Kerala, Tamil Nadu, and Karnataka—with headquarters at Coimbatore, Tamil Nadu. The university partners with academic, industry, and governmental institutions across the world to accomplish human-centered, translational, and groundbreaking research.

To date, Amrita has more than 500 collaborations from more than 200 signed Memorandums of Understanding (MoUs). Some of Amrita’s partners include Harvard University, Columbia University, King’s College London, KTH - Royal Institute of Technology, VU Amsterdam, the British Geological Society, University of Oxford, Italian National Research Council, Deakin University and the University of Tokyo.
Photo 1: Signing of a Letter of Intent between Amrita and University of Twente, Netherlands to combine strengths for engineering education and research. (file picture)

Photo 2: Convocation 2018 in Amritapuri. Amrita celebrates that it has nearly a 50-50 balance of men and women students. (file picture)

Photo 3: Tutoring school children in Uttarakhand through AmritaRITE, an endeavor that brings education to rural India via technology. (file picture)