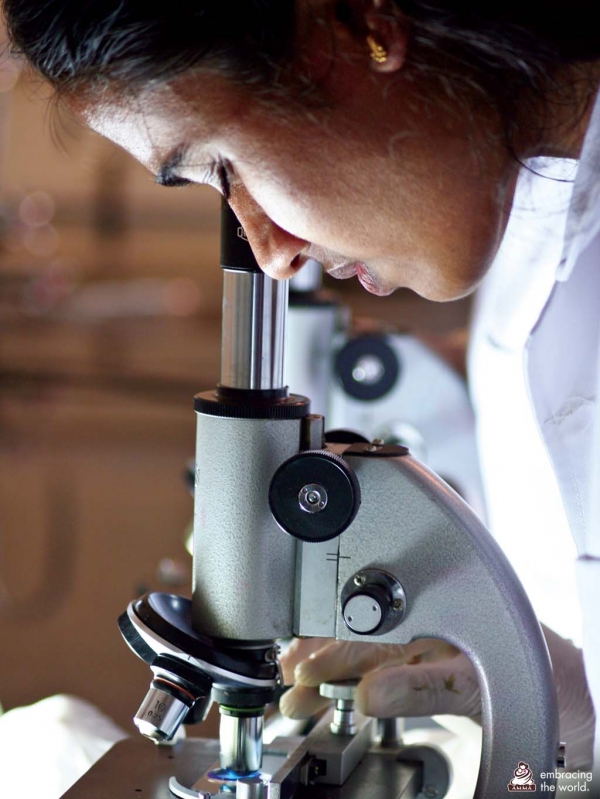 Dr Maneesha V Ramesh, Director, Center for Wireless Networks and Applications was mentioned in the Networking & Telecommunication field. With several best paper awards and as our second UNESCO Chair Professor, Dr Maneesha also held the prestigious Young Faculty Research Fellowship under Visvesvaraya PhD Scheme for Electronics and IT from the Ministry of Electronics & Information Technology, Government of India.

Dr N Radhika is with the Department of Mechanical Engineering, Amrita School of Engineering, Coimbatore. She was listed among the top in the field of Mechanical Engineering and Transports. Her research areas include composite materials, functionally graded materials, optimization techniques, surface modification process and tribology. She has published over 100 research papers in reputed international journals and has carried out research activities as a Principal Investigator, with support from the Indian Government’s Department of Science and Technology, Defence Research and Development Organisation, and Aeronautics Research and Development Board.

Dr Madhav Dutta with the Amrita School of Engineering, Coimbatore, has been included in the ranking for his pioneering research in the field of energy. With 48 issued US Patents and over 80 publications to his credit, apart from his papers, he has authored/edited several books on Electrochemical Processing & Micro/Nanoelectronics.

Dr P Venkat Rangan, Vice Chancellor, Amrita Vishwa Vidyapeetham, congratulated the scientists for bringing laurels to the university, which is also an Institution of Eminence with the Government of India.

“This is a momentous occasion for us as the high caliber of our scientists and researchers has been recognized on the world stage,” said Dr Rangan. “I congratulate the five scientists whose untiring work and unwavering commitment towards research excellence have placed them in global rankings. This is ample testimony to the vision of our Chancellor, Sri Mata Amritanandamayi.”

Dr Rangan added, “Amrita Vishwa Vidyapeetham is a research-intensive institution with more than 25 dedicated centers of research. Its faculty members have published over 12,000 research articles in peer-reviewed journals and conferences which attracted 65,000 citations, filed more than 120 patents, and written over 300 scholarly books in the past 15 years.

“The institution has secured research grants of over $100 million US from various government and private funding agencies, including the World Bank, UNESCO, UNDP and the Gates Foundation.”

The global study of scientists was conducted by researchers from Stanford University using the Scopus database of Elsevier. Based on several parameters including citations, h-index, co-authorship and a composite indicator, they created a database of more than 100,000 top-scientists of the world in various fields. The findings were published in the journal PLOS Biology.

Amrita is among the fastest-growing institutions of higher learning in India, with a student population of more than 20,000 and an 1,800-strong faculty. It has established more than 180 collaborations with the Top 500 world-ranked universities in the last 15 years.

Amrita has emerged as the 4th best university in the country in the National Institutional Ranking Framework Ranking 2020 released by the Government of India. It has also been ranked 7th among medical colleges in India.